The report of an expert committee set up by the National Statistical Commission (NSC), which has worked out a back series for economic growth from 1994-95 using the new methodology and base year adopted in 2015, has had an unintended consequence. It has silenced all critics of the new methodology.

How? The report of the Committee on Real Sector Statistics headed by Sudipto Mundle shows that growth during the United Progressive Alliance (UPA) years was not as bad as it was being made to be.

In fact, from 2004-05 onwards, growth calculated by the new methodology was higher than that calculated by the old methodology. To recap, in 2015 the base year for calculating GDP was changed from financial year 2004-05 to financial year 2011-12 and the earlier system of measuring GDP at factor cost was discarded in favour of measuring it by gross value added (GVA) at basic prices.

What is particularly stark is the fact that growth in 2006-07 actually touched 10 percent (10.08 percent to be exact) against 9.57 percent when calculated under the old methodology. 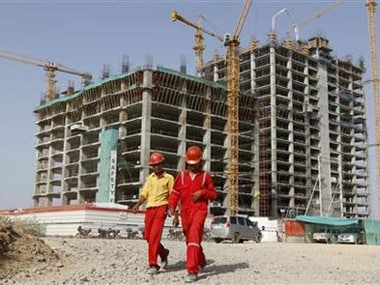 The Congress has been quick to brandish these numbers as proof of how the economy boomed during the UPA tenure and how the first four years of the Narendra Modi government are anaemic in comparison.

Recall that till now the party and its cheerleaders had lost no opportunity to question the new methodology, even though it bumped up growth in the last two years of the UPA from sub-five percent under the old series to 5.5 percent in fiscal 2012-13 and 6.4 percent in fiscal 2013-14).

The party has also maintained that if growth under the Modi government were to be estimated on the basis of the old methodology, it would be much lower. Is it now ready to concede the 7.3 percent average of the last four years?

No doubt, the demand will now be raised that the approach used by the Mundle committee be adopted to work out the back series. But this may not be as pat an exercise as it appears.

Back series calculations are always done to link a new series of national accounts with an old series. This gives a better comparison of growth over the years. Doing this has been complicated this time around because of the change in methodology (which now conforms to the best global practices) – some of the data used under the new methodology is not available for earlier years. The MCA-21 data, for example, is not available beyond 2007-08.

The Mundle committee has listed three approaches to generating the back series: use the current methodology using base data wherever available; a production shift approach; project the old series using the base year of 2004-05 forward up to a certain year and then adjusting it to the 2011-12 base by comparing it to the new series.

The committee examines the first two approaches in detail. The Central Statistics Office (CSO), it points out, has estimated growth rates of GVA based on the first approach for 2004-05 to 2011-12. However the committee finds these estimates tentative and has, therefore, not presented them in the report. The detailed estimates in the report are based on the second approach – the production shift approach.

Former chairman of the National Statistical Commission and former Chief Statistician of India, Pronab Sen (under whom work on the 2011-12 base year and new methodology was initiated) commends the work done by the  expert committee but cautions against blindly adopting the production shift method.

This method, he points out is “a slightly dolled up version of the splicing approach, which was mindless”. The basic issue, he points out, is a fundamental change in the manner of calculation. Earlier volume indicators were used to work out constant price and price indices used to bump it up to current prices. Now, current data is obtained and then price indices used to work out constant prices.

Production shift, he points out, has to be in terms of real variables because nominal variables cannot be assumed to have a smooth trajectory. “When price spikes are being translated into volume spikes, an essential question that arises is – which is the adjustment variable: price or quantity?”

What the whole controversy underlines is an oft-repeated point – that the government needs to come out with a back series sooner rather than later. Sen feels there has already been undue delay because a lot of the work has already been done.

The pressure on the government is bound to increase with the report of the Mundle committee in the public domain. As it is, the fact that it has not appointed a Chief Statistician after the retirement of T.C.A. Anant has hurt the institution. Delaying the back series will further dent the credibility of the CSO, already under vicious and needless attack by the Modi government’s many critics.

At the same time, there will be little point in rushing to adopt one or the other approach. There needs to be adequate debate within the economist and statistical communities. Sen, whose impartiality cannot be questioned, has said more work needs to be done. Besides, processes and protocols have to be observed – the advisory committee on national accounts has to take a call, followed by the National Statistical Commission.

Will it be too much to expect the government and the opposition, both, to be a bit more responsible on this matter?

(The writer is a senior journalist and author. She tweets at @soorpanakha)