New Delhi: The DoT has sought Rs 7,608 crore in dues from GAIL India for 2017-18 because the division gave the impression to be not urgent for rapid cost of Rs 1.83 lakh crore in previous dues it had beforehand assessed from the state-owned fuel utility.

The Division of Telecommunications (DoT) despatched a discover to GAIL quickly after the 14 February listening to within the Supreme Courtroom on dues owned by telecom firms corresponding to Bharti Airtel, Vodafone Concept, sources aware about the event mentioned.

The dues now being sought from GAIL embrace a penalty for late cost, they mentioned. 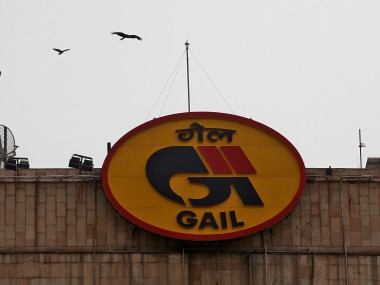 Its demand associated to a 14-year-old dispute relating to the definition of adjusted gross income (AGR), which the Supreme Courtroom agreed ought to embrace all types of earnings generated by the telcos.

Alongside, the DoT additionally raised a requirement of over Rs three lakh crore from non-telecom PSUs corresponding to GAIL, Oil India and PowerGrid for telecom licences these companies had primarily acquired for inside communication functions.

For GAIL, the DoT assessed an excellent of Rs 1,83,076 crore in the direction of annual licence price in respect of IP-II Licence. This included pursuits and penalty, sources mentioned.

GAIL and different non-telecom companies felt the October 2019 ruling of the Supreme Courtroom didn’t apply to them and filed petitions in search of clarification from the apex court docket.

On 14 February, the Supreme Courtroom rejected telcos’ petition relating to leisure within the funds. To non-telecom companies, it requested to method acceptable boards for redressal of their grievance.

Refusing to touch upon the DoT demand, GAIL Chairman and Managing Director Manoj Jain mentioned the Supreme Courtroom on 14 February permitting the non-telecom companies to withdraw their petition is indicative sufficient that “our case is different” than telcos’.

“We are working on what appropriate forum should we go to for an appeal against the DoT order,” he mentioned. “We have already paid whatever was due and according to us there is no outstanding.”

On the Rs 1.83 lakh crore evaluation by the DoT, GAIL had beforehand in a regulatory submitting said that these had been unrelated to the phrases and circumstances of its IP-II Licence.

“Based on the legal option sought in this regard and facts of the case, the company is of the view, that the amount assessed in provisional assessment orders is legally not tenable,” it had mentioned.

The DoT had computed dues of non-telecom PSUs by merely taking all their revenues earned corresponding to oil and fuel operations and levying licence charges.

On February 14, the Supreme Courtroom had pulled up the DoT for not imposing its 24 October order that gave telcos three months’ time to pay dues. Hours later, the DoT despatched notices to Airtel and Vodafone Concept asking them to clear dues instantly.

The excess bandwidth capability accessible with the corporate was leased out to telecom operators/different customers, on which the corporate commonly paid the relevant licence price to the telecom division (DoT).

PowerGrid, which holds NLD and Web Service Supplier (ISP) licences, was requested to pay Rs 21,953.65 crore (together with curiosity and penalty) for 2012-13 to 2017-18 by including income associated to energy transmission and consultancy as ‘miscellaneous earnings’ in adjusted gross income, sources mentioned.